In 2013 I got my first proper look at custom hand made bikes. The Bespoked Hand-built Bike Show in Bristol was packed with dozens of unique creations all tailored to the needs and desires of their owners, and each reflecting an immense depth of skill, passion and outright devotion from their creator. Expensive? Yes. Desirable? Very much so. To be in possession of something that is one of a kind, made for you, your specification in terms of geometry but injected with a creative flair that sets it apart from everything else was very compelling.

At that 2013 show, one bike caught my eye – a road bike with a paint finish that paid homage to the Lotus JPS Formula 1 car – a car that I could remember from my childhood. It was a very cool bike and I wanted one. But one exactly the same would not be right. That uniqueness would be lost. I needed to find something else like it, but not like it. And so the seed was sown.

It probably took more 5,000 km of riding for that seed to develop. As my legs turned over on the trails, my mind was turning over the thoughts of what bike I wanted. What qualities lay in the 20-odd bikes I’ve owned previously that I liked, and perhaps more importantly, those aspects I didn’t like? While the bikes I’ve owned have changed both with fashion and technology, the type of riding I do now is exactly the type of riding I set out to do when I bought my first bike in 1991; bikepacking.

I was fortunate to have met up with Steven Shand and Russell Stout of Shand Cycles. They are very much about exploration by bike and we shared a common vision for riding and adventure. The first step on the road to going custom was to provide a range of body metrics and detailed measurements about my existing bike setups, and a description of what I liked and what I didn’t. Drawings and telephone calls were exchanged and the shape of the frame began to develop. I enjoyed the exchange between Steven and I, where I would say “I want this, or that” and Steven would say “actually, I’m not sure you do” and go on to explain the limitations of my choices. This is a vital part of the custom build; drawing on that expertise of the frame builder not just for their skill in metal craft, but in being able to interpret what the customer really needs and help them understand the benefits of a certain approach. A degree here, a few millimeters there. Subtle tweaks, but all targeted towards the bike being an extension of me, not the other way around. 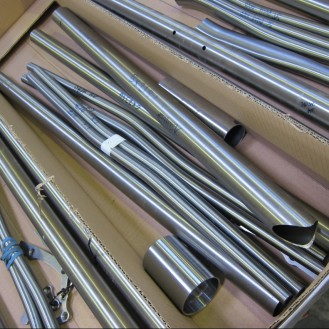 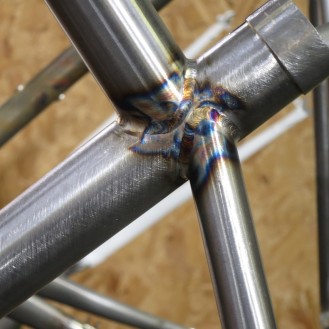 With the frame geometry sorted and the build underway, thoughts turned to the paint finish. Recalling that JPS road bike at Bespoked, I decided to draw inspiration from an alternative form of motorsport; rallying. In 1976, the year of my birth, the Lancia Stratos HF won the World Rally Championship. In it’s distinctive white, green and red livery, the “Alitalia” Lancia Stratos was an iconic car of my early childhood. At a visit to the Shand workshop, I pulled out a picture of the car and I asked Russ what he could do with a paint job that paid homage to it. His first reaction wasn’t one of complete enthusiasm, but after some discussion we agreed that the yellow wheels would need to replicated with gold hubs and headset, but the rest he would work on. 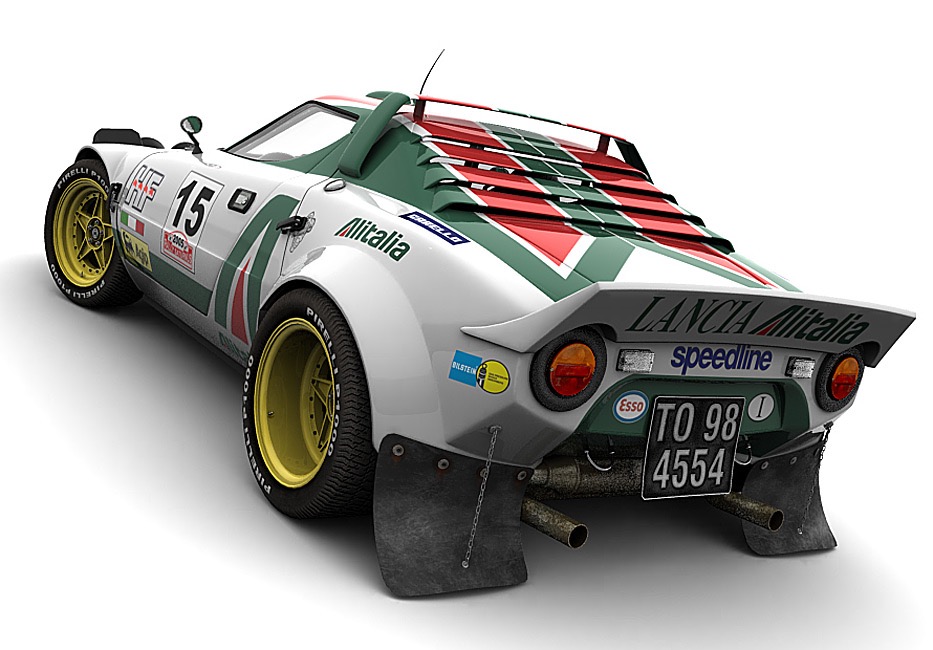 In February I got the first paint design through. At first it seemed a bit underwhelming; mostly white with a little bit of red and green on it. I looked at a picture of the car, and then back at the paint drawing. A flat piece of paper is such an unflattering medium to portray the potentially beautiful creation of a complete bike, but I did my best to imagine what it would look like fully built. After a few (OK, actually, eight) revisions to the paint design, and we nearly ready. The last thing I sprung on Russ was to have a feature that replicated the Agip logo that featured on the original car, which depicts a six-legged fire breathing beast. Russ came up with the design that unified the colour scheme of the original decal with the outline of a Welsh Dragon. I was sold; it was the perfect finishing touch. 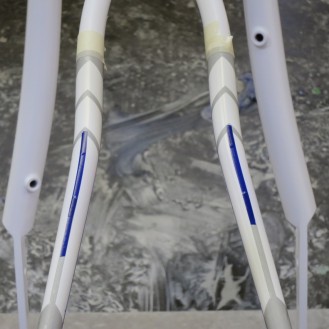 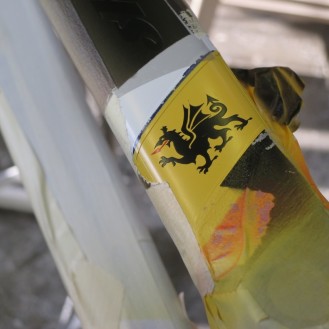 I picked up my frame at Bespoked earlier this month – almost exactly 2 years since that first seed of going custom was sown. To say I was delighted with the finish was an understatement. The guys had done a wonderful job. The frame itself was beautifully executed with neat TIG welds and a dozen little design touches that show off the thought and skill that has gone into the frame. The paint was brilliant, beautifully shiny and as I turned it over in my hands I began to see that the initial restraint on the use of green and red over the white had been a good call from Russ. It looked balanced and subtle. But more than that, it was unique. There is only one bike of these exact dimensions, built and fitted for me, and painted in a way that realised that childhood memory of a rally car. 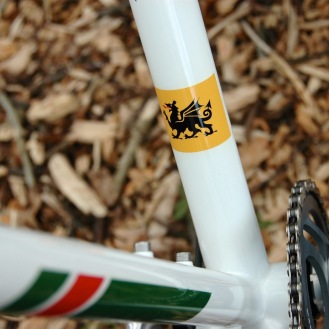 All that was left was to complete the build, which I did myself. Gold Chris King hubs laced to 35mm carbon rims matched the gold headset, with silver Middleburn RS8 X-Type cranks completing the drivechain. A black Thomson finishing kit secured Shand’s own saddle and a carbon Jones H-Bar®. Shimano XTR Trail disc brakes finish off the high spec component list. Once the headset was pressed in and wheels fitted, and with the paint finish extending to Shand’s own carbon rigid fork, the effect of the component choices coupled with the paint design finally revealed the finished bike.

The most obvious question is, of course, having spent all the time, effort and money going custom, how does it ride?

When I first got on it, it was immediately comfortable. More so than any other bike I’ve slung a leg over. The cockpit length was just perfect, putting me in a position of  comfort, but also great control at the front and power for the rear. The bike is agile and confidence inspiring, egging me on to rip through twisting singletrack with precision. On the power, it is eager and responsive but when the going gets rough there was an element of compliance there that will benefit me on a multi-day rides.

The blend of technical expertise from Steven Shand in terms of frame design and geometry, the execution of the welds from Matt Stitt and the creative input and execution from Russell Stout on the paint design have combined to form something far greater than its constituent parts.

Congratulations to all the guys at Shand on a brilliant creation, and thank you!